Welcome back to Hadley's Sliding Door Challenge! So I'm having a really shitty day and I'm going to try and not have that negativity rub off onto this update.
Anyways, Emmaline is an adorable baby! She is pretty good and lives in her chair during the day. 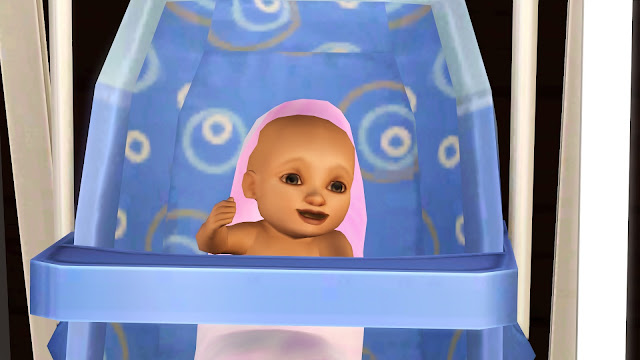 I'm pretty sure this is Daniel's first time holding her.
"She's so tiny and cute." 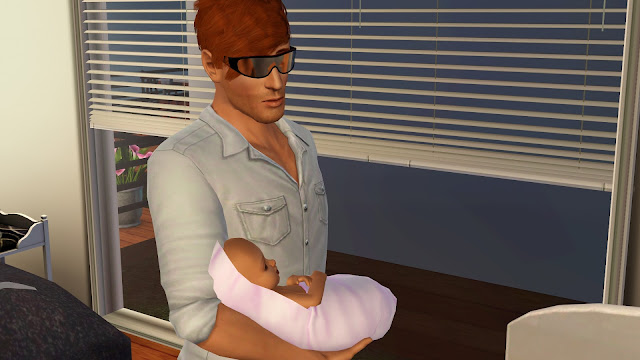 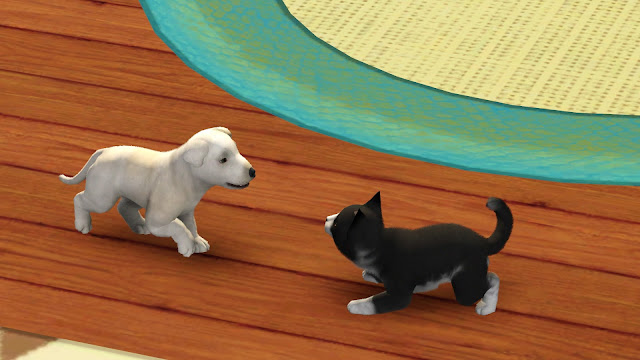 Speaking of little Ixon, it's his birthday!
Man time goes by so fast. 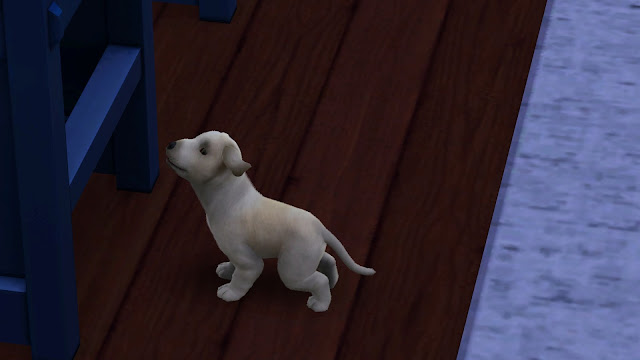 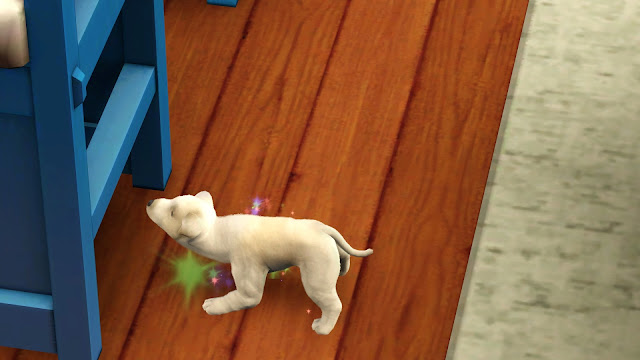 He's smaller than I thought he would be though still super adorable. 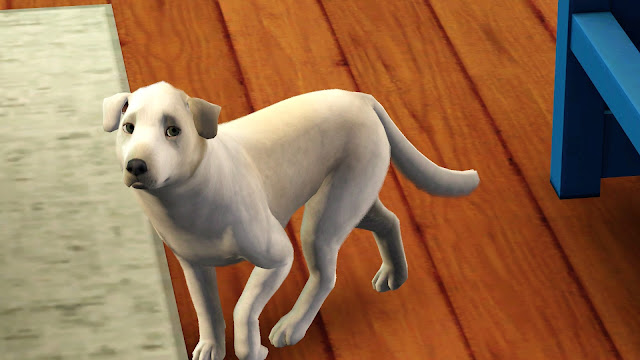 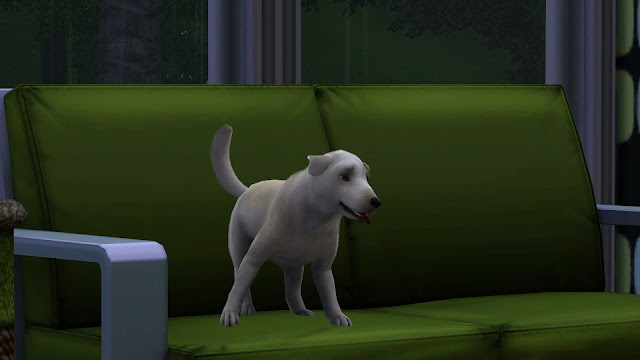 The first thing he did as king was watch TV. 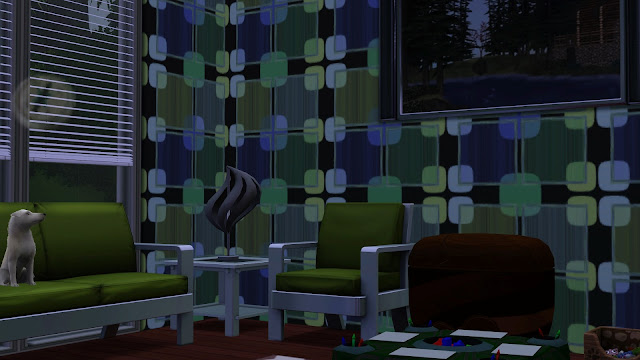 Look at little Icarus! He gained a positive trait! I'm so proud of him. 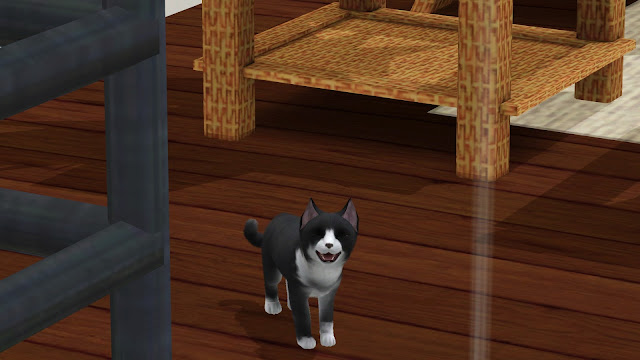 What the hell are you doing, Daniel?
"Bonding with my coworker."
You mean the coworker you slept with?
"Hey..that was a long time ago. I'm different now. I got a kid at home. Plus she's my best friend."
She's your what?
"Best friend. Pay attention, writer." 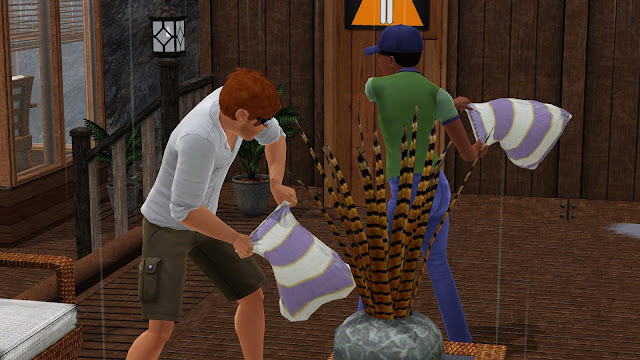 "My bullshit sense are tingling."
Yeah, that tends to happen. You're with Daniel though so you'll probably just get use to it. 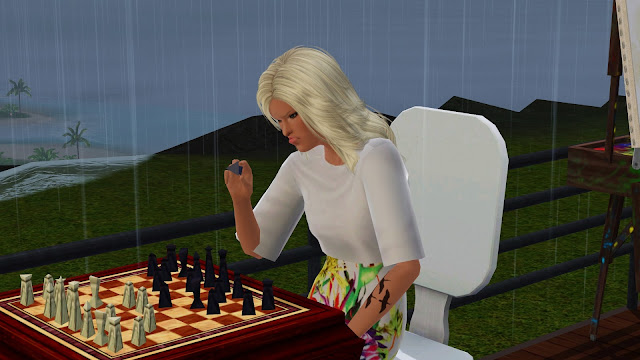 "Writer do you think I have wrinkles?"
Yes.
"Writer how could you say that! I'm young and-"
-wrinkles aren't a bad thing. They just mean you lived. For goodness sake, they don't define you. 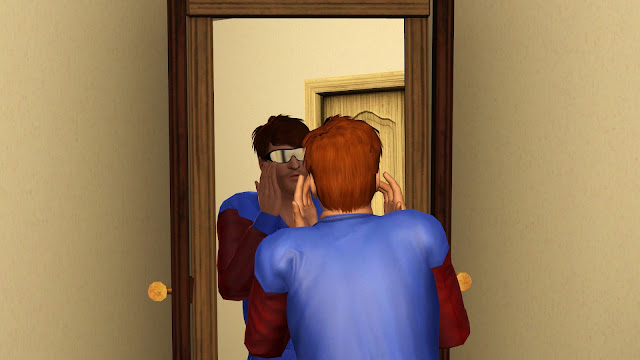 You're attracted to the ground now, Daniel???
"Hey, don't judge it." 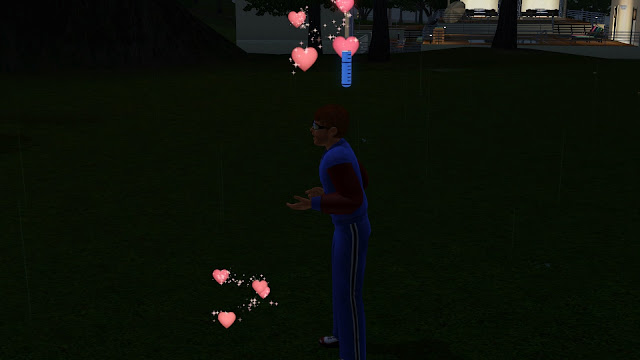 Ixon stole Daniel's spot on the bed and I love this little doggo even more. 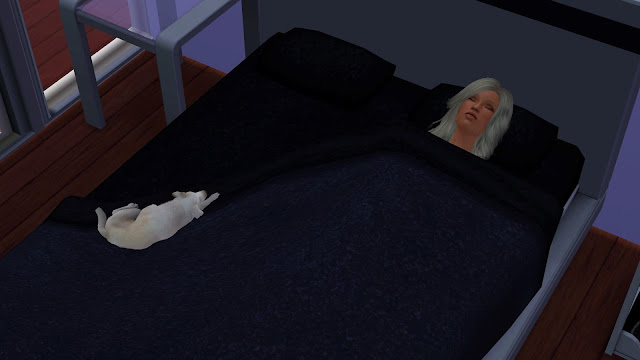 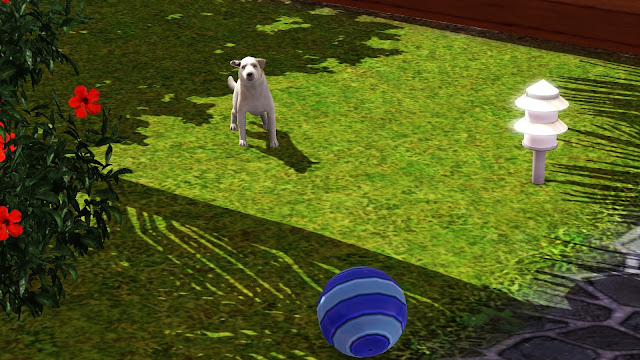 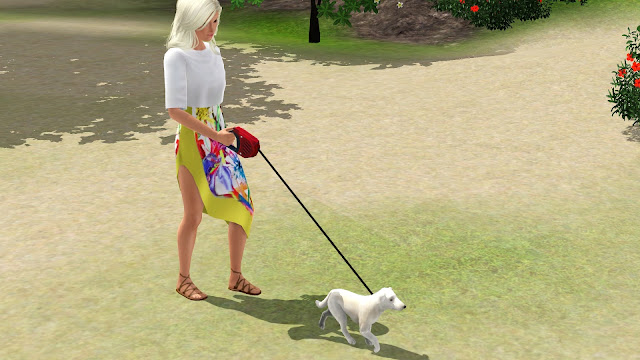 He somehow got fleas too so a flea bath was in order. 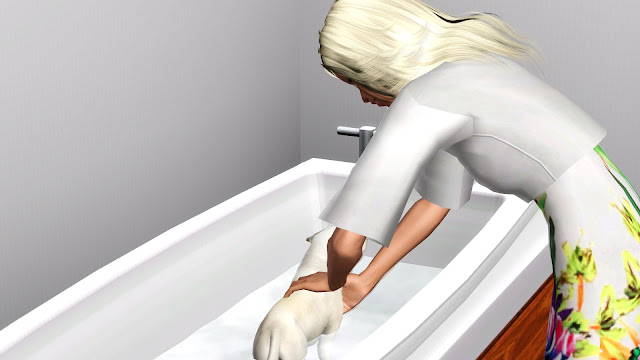 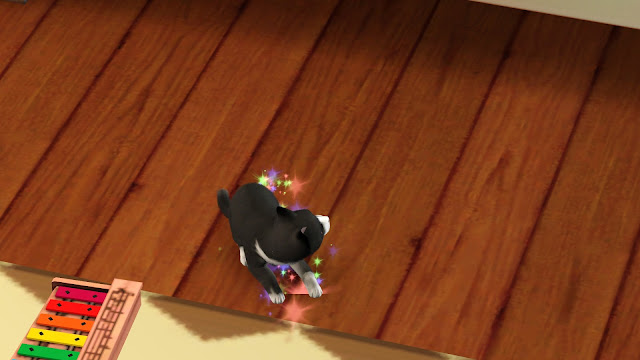 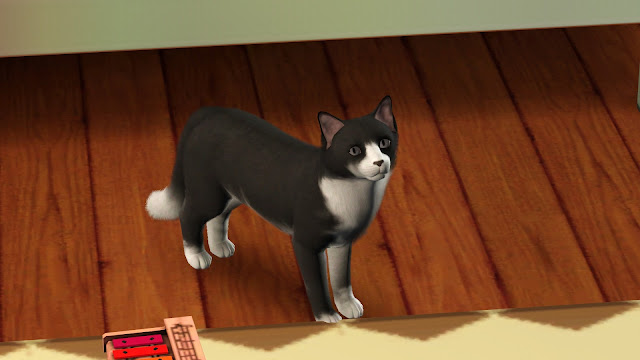 I just wanted to show you guys a cute picture of Ixon and Icarus sleeping in their bunkbed. I know this chapter was mostly pet centered, but I really am just adoring them.
See you guys in the next chapter!
Bye! 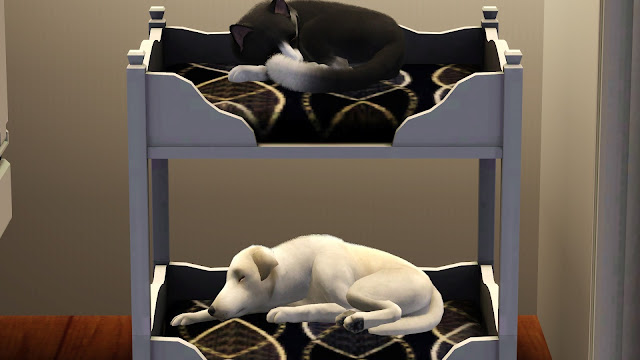